Before the Big Bang? Do we need Penrose's new idea?

"In the past, Penrose has investigated cyclic cosmology models because he has noticed another shortcoming of the much more widely accepted inflationary theory: it cannot explain why there was such low entropy at the beginning of the universe. The low entropy state (or high degree of order) was essential for making complex matter possible. The cyclic cosmology idea is that, when a universe expands to its full extent, black holes will evaporate and all the information they contain will somehow vanish, removing entropy from the universe. At this point, a new aeon with a low entropy state will begin." http://www.physorg.com/news/2010-11-scientists-glimpse-universe-big.html

In the future event horizon hologram theory I propose there is a natural explanation why there was such low entropy at the beginning of the universe. 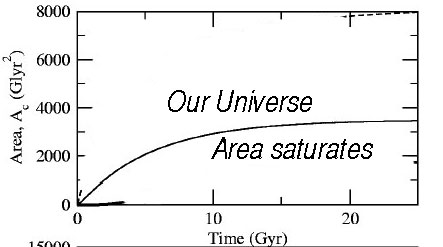 Of course that still leaves Penrose's:

"The CMB is the radiation that exists everywhere in the universe, thought to be left over from when the universe was only 300,000 years old. In the early 1990s, scientists discovered that the CMB temperature has anisotropies, meaning that the temperature fluctuates at the level of about 1 part in 100,000. These fluctuations provide one of the strongest pieces of observational evidence for the Big Bang theory, since the tiny fluctuations are thought to have grown into the large-scale structures we see today. Importantly, these fluctuations are considered to be random due to the period of inflation that is thought to have occurred in the fraction of a second after the Big Bang, which made the radiation nearly uniform.
However, Penrose and Gurzadyan have now discovered concentric circles within the CMB in which the temperature variation is much lower than expected, implying that CMB anisotropies are not completely random. The scientists think that these circles stem from the results of collisions between supermassive black holes that released huge, mostly isotropic bursts of energy. The bursts have much more energy than the normal local variations in temperature. The strange part is that the scientists calculated that some of the larger of these nearly isotropic circles must have occurred before the time of the Big Bang.
The discovery doesn't suggest that there wasn't a Big Bang - rather, it supports the idea that there could have been many of them. The scientists explain that the CMB circles support the possibility that we live in a cyclic universe, in which the end of one “aeon” or universe triggers another Big Bangthat starts another aeon, and the process repeats indefinitely. The black hole encounters that caused the circles likely occurred within the later stages of the aeon right before ours, according to the scientists."