In Depth: How UFO hunters are turning to the web 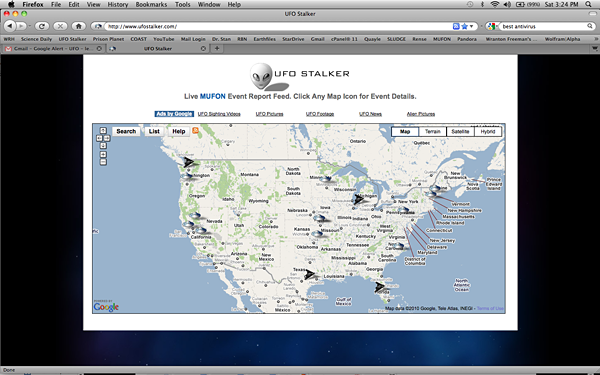 As with most other fields of human endeavour, the internet is transforming the face of ufology in unexpected ways. "It's the internet that keeps us all going and alert," says Lake. "Some of the stuff that comes in you can say is a load of rubbish, but there's also a lot of good stuff. It reaches us and we really look into it. And without the internet, we might as well just pack it all in."

Gloria Heather Dixon is the Investigations Coordinator for BUFORA, the British UFO Research Association. Formed in 1962, it's probably the best-known of the UK's ufology groups. "One of the problems," she told PC Plus magazine, "and I say this with respect, is that there's such a lot of nonsense on the internet. I've never seen anything like it. Once people get onto the internet, they get my email address because I'm head of investigations and they come through to me."


To read the rest of the artcile, click here.