I think Roger Penrose is asking the wrong question.

Roger Penrose "started by stressing the importance of the second law of thermodynamics that states that disorder or entropy must always increase. For example, at the Big Bang the Universe began in a low entropy state as illustrated by studies of background radiation left over from shortly after that time, the cosmic microwave background. Since then entropy has always increased.

According to the new theory as the Universe expands all the particles of matter are collected into black holes. These destroy the information content of matter and hence reduce entropy. The black holes radiate Hawkins radiation and after a very very very long time disappear – for instance for a three million solar mass black hole like the one at the centre of the Milky Way the time is 10 to the power of 84 years. When all matter has disappeared and entropy has been reduced a new Big Bang can take place. Sir Roger calls this sequence of one universe being formed after the death of the previous one conformal cyclic cosmology." Click here for the entire article. 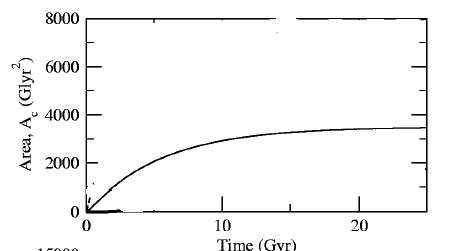 The area of our future de Sitter dark energy event horizon saturates in the future and is "zero" at the moment of inflation.
In the retro-causal hologram theory we are advanced 3D images from the future 2D horizon that according to Seth Lloyd is a computer. Obviously the early universe has small entropy in this picture. The problem as to why we age as the universe accelerates to its causal constant asymptote is trivial in this model.